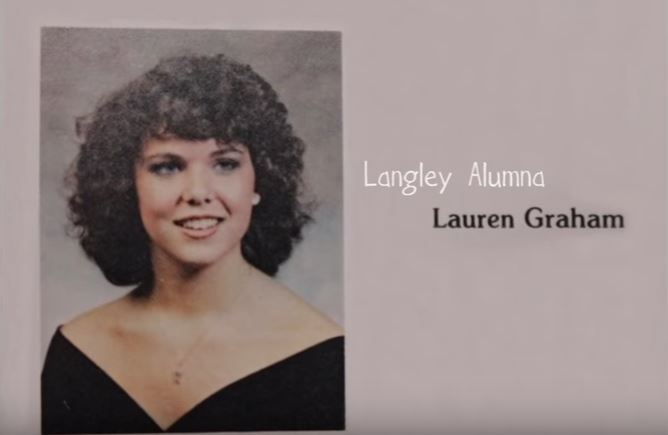 Tuesday morning, the graduating Class of 2017 revealed in a video announcement that esteemed Hollywood actress and Langley alum, Lauren Graham (’84), will have the honor of addressing Seniors as the commencement speaker for graduation on June 15, 2017.

The announcement came as a surprise to many Seniors, who burst into cheer after the video was played during a Saxon Time meeting in the auditorium. Graham attended Langley High School over 30 years ago, taking part in the school’s drill team among various activities. After high school, Graham attended Barnard College and Southern Methodist University, earning a Master of Fine Arts degree in Acting Performance. In 2000, she landed her breakthrough role as Lorelai Gilmore on the hit television show Gilmore Girls, which is returning to Netflix on November 25. Graham received a nomination for Best Actress in a Television Series (Drama) at the 2001 Golden Globe Awards.

You can watch the full video announcement here:

Check out the FULL video announcing our graduation speaker @thelaurengraham we are SO excited to see you in June!!! https://t.co/sRvRUs6BLQ

No, I'M excited! And I'd love to hear from you between now and then. How can I inspire/help? And are painting the posts still a "thing?" https://t.co/9eIniujz7u