Adventures of a Blonde Cook: How to Make Pasta 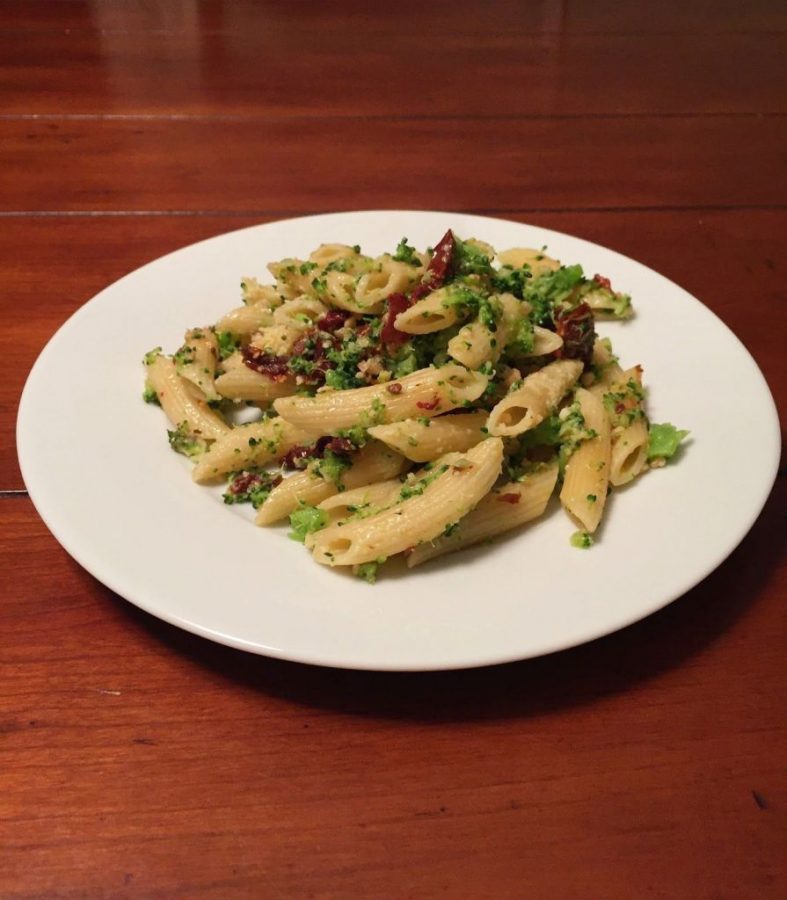 Set a large pot of water on high heat and bring it to a boil, add salt, pasta, and broccoli separated into florets.
Cook according to package directions, don’t overcook, your pasta should be al dente and broccoli tender but still firm. It should take between 7-9 mins.
While pasta and broccoli are cooking slice garlic and cook it gently over low heat in a large pan coated with olive oil with chopped sun-dried tomatoes and chili flakes for 1 minute, stirring constantly to prevent burning. Set aside.
Drain pasta and broccoli, reserving ½ cup of water from the pasta.
Add both pasta and broccoli to the pan with sun-dried tomatoes and gently toss together with freshly grated parmesan, add ½ reserved pasta water to loosen the sauce.
Taste and add more salt if needed.
Serve with additional parmesan cheese.

After making this dish, I realized a few things. What at first I thought was a simple, easy recipe with few ingredients, turned out to be a much longer adventure. After spending nearly an hour at the grocery store gathering ingredients for Halloween treats, plus some for the pasta, I was hoping for a fast meal. While not particularly difficult, preparing the pasta was more time consuming than a very hungry me wished it to be. In addition, the pasta itself, was very bland. To fix this, one would either need to add a sauce, which I didn’t do, or heavily salt and pepper it. After heavily salting the pasta, the taste was vastly improved, still not great, but better than before. The real key to this pasta, which my guests and I realized after we left the pasta to sit for a while, coming back to it later for a late snack, is that you really need to let the pasta sit. After sitting there for two hours, the flavor of the sundried tomatoes became much more potent and thus that missing pop of flavor was achieved. Overall, I would give this recipe 2 stars. It wasn’t horrible, but the preparation time and amount of changes I would add to the recipe knocked off three stars.