You win some; you lose some

Why football at FCPS is steadily losing popularity 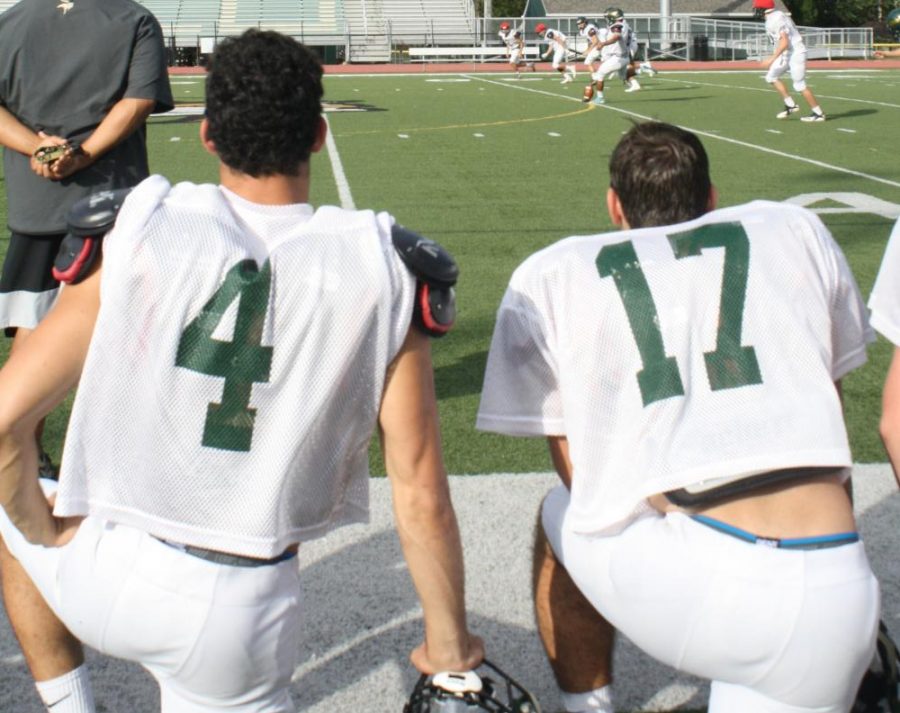 With the waning popularity of football in high school, where does that leave the players? (Photo by Marin Khalifa).

Once packed with players, Langley’s football program has seen a fall in the number of boys coming out to play. However, this trend has not only been apparent at Langley, but other schools in Northern Virginia have experienced this too.

This year, Langley’s varsity football program consists of 49 players; but other schools, like Fairfax High School and Edison High School, have significantly fewer players. Fairfax’s varsity football program has only 35 boys playing and both teams barely have enough players to field a JV team. This is a problem because if fewer and fewer people play high school football, more games will have to get cancelled due to lack of players.

“I think a big reason why football has fewer players each year is all of the media about head injuries and CTE,” senior Jack Bush said. Less people are playing football because of the increasing rate of concussions and injuries each season.“It has made a lot of parents think twice about letting their son play football,” Bush said.

“Our school’s recent history of underperformance definitely has to do with the small size of our teams,” Edison senior Carson Jarmin said.  At high schools like Edison and Fairfax, the football programs have always been relatively small. On average, Edison’s football program has had around 30-40 boys each year.

“I think [the amount of players decreasing] has happened because either kids are too scared to play football or the athletes who would be good [at football] are committed to another sport and don’t want to risk getting injured in football,” senior Matt Flenniken said. Flenniken has played football all four years and has seen boys leave to focus on other sports. Flenniken thinks that a lot of people stop playing football throughout their years in high school to focus on other sports such as wrestling and lacrosse.

“Success is obviously the greatest recruit you have,” varsity football head coach Brian Lamb said. Lamb thinks that the reason that less people are playing football this year may be due to Langley football’s lack of wins as a program. Public schools, especially in this area, have a hard time competing with the stature of private schools such as Gonzaga and Saint John’s College High School.

Edison senior Ian McDowell thinks that public schools not having as high quality coaches, facilities, and overall training programs causes less people to want to come out and play each season.

“It’s not that public schools have worse coaching or worse programs,” Flenniken said, “It’s just that private schools have an overall better reputation and connections with Division one schools.”