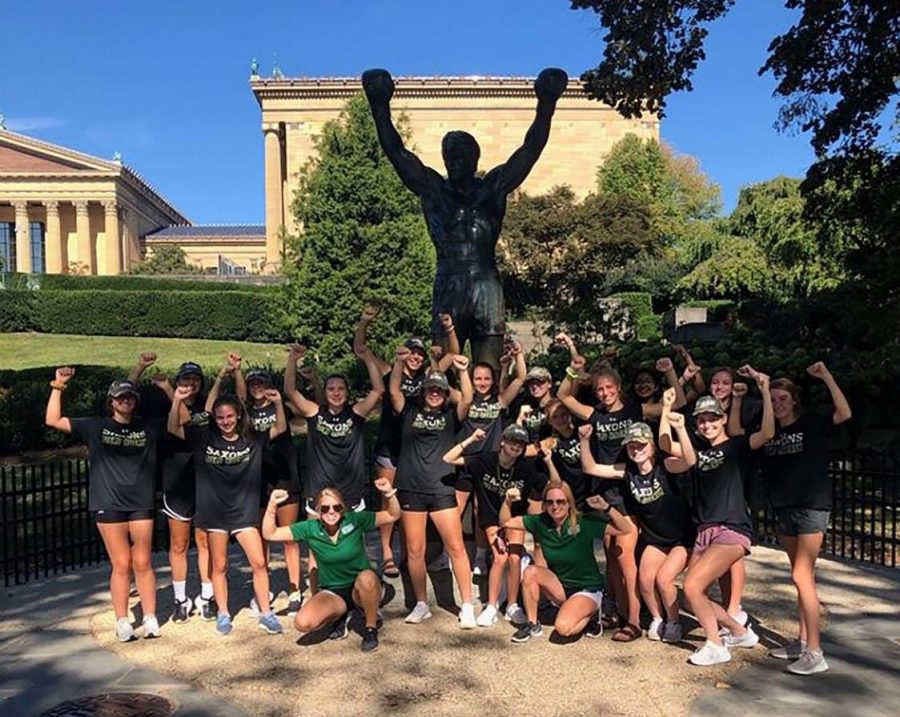 “[The tournament] gives teams a chance to compete against teams they wouldn’t [typically] be able to,” senior athlete Aly Trumbull said.

The Langley girls varsity field hockey team was among the thirty-six teams invited, due to their outstanding performance last season.

“We [were] the state semi-finalist, and we were considered one of the teams at large for the mid-Atlantic [region],” coach Katie Robinson said. “We have been ranked in the top ten up until post-season.”

The team has been recognized as district champion, state semi-finalist, and regional runner-up for last season, with a 20-2 record and numerous high-caliber rankings from MAX and the Washington Post.

Langley, as the sole representative of Fairfax County, was met with fierce competition from some of the best teams in the country and played from September 20th-22nd in Conshohocken, Pennsylvania.

Langley tied their first game in a double-overtime and lost the second in overtime.

“It was a good experience to lose then, rather than later in the season,” Robinson said. “They didn’t have a tournament champion but you played to improve your record…these games did go towards our record.”

Although field hockey is a growing sport in Virginia, as well as the rest of the mid-Atlantic region, it is not the sport these regions are known for.

“Pennsylvania and New Jersey are huge areas for field hockey. That’s what they do a lot of, and they’re very good at it,” Robinson said. “They produce a lot of strong field hockey players that go on to playing college and national team level, so the level of competition is…much higher than what you see down here.”

The schools present for the tournament were strong and skilled, and posed a definitively more difficult challenge than the local teams Langley typically plays during the regular season.

“The games were definitely a challenge because the teams we played were at a much higher caliber [than] the teams we play in our district. We all had to work a lot harder to get the ball down to a scoring a position then we normally would in a district game,” junior athlete Hannah Abele said.

Trumbull, however, believed Langley was equally as superior as their tournament opponents, even if opposing teams were better than Fairfax County schools.

“The teams were definitely better than teams we play in our area, but I thought we were pretty evenly matched for the most part,” Trumbull said. “I think it was good to see how we compete against good teams to prepare for [the] post-season.”

The tournament was not just about winning or losing, but it was also about the experience. “Playing at a high level for two games was really great. We don’t always get that same level of competition within our district,” Robinson said. “It was a great bonding experience, you take a bus there, you sleep in a hotel…team walks, team meals…[you] play your game and then travel home.”

In the end, even if the outcome was not ideal, Robinson was still proud of the team. “I was proud of them for…believing they could compete at that level, and that we are a strong field hockey team. They’re a great group of athletes and hard workers,” she said. “This is the first time MAX Field Hockey has had this tournament, and I’m hoping that they’ll continue to do it in the years to come. I would love to be invited again.”