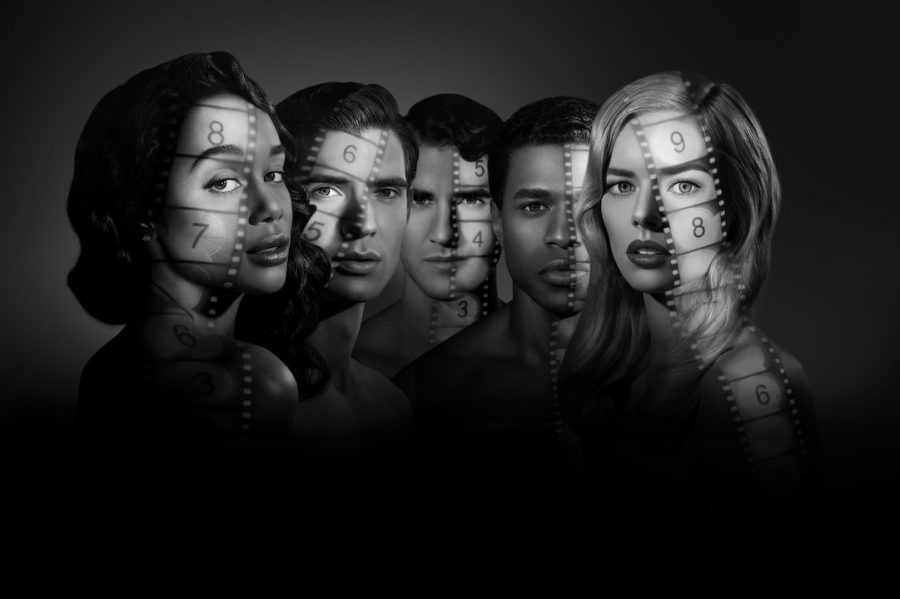 Netflix has been on a roll lately, releasing several successful originals in the past few months, including Outer Banks, Too Hot to Handle, Money Heist and Jeffrey Epstein: Filthy Rich. Though it has been received both positively and negatively by critics, one short series stands out in the streaming app’s vast collection of new content.

Hollywood, created by Ryan Murphy (whose past credits include American Horror Story, Pose, and Glee) and Ian Brennan, follows a diverse group of characters through the cutthroat movie-making industry in post-World War II Los Angeles as they toil to produce Meg, a pathbreaking motion picture written by a gay black man, while also being the first to star a black woman. The series does not shy away from controversy, with commentary on the plethora of racism, sexism, ageism, homophobia, and sexual abuse which plagued the filmmaking scene of the late 1940s.

Joe Mantello’s portrayal as studio executive Richard Samuels made Hollywood worth watching. Mantello is a veteran of the entertainment industry, having directed many successful Broadway productions—among them, Assassins and Wicked—and holds two Tony Awards and two Drama Desk Awards, for both directing and stage acting. However, it is beyond belief that Hollywood is his first major role in front of a camera. Subtly revealing and at times heartbreaking, Mantello’s performance makes it easy to fall in love with Samuels, a gay man who struggles to find a place for his identity in a prejudiced industry during an even more intolerant time.

Another remarkable performance came from Patti Lupone in the role of Avis Amberg, a jaded older woman whose failed acting career and all-too-early shotgun wedding condemned her to a life of playing the dutiful spouse to Ace Amberg, head of the major film studio Ace Pictures. When a medical emergency renders Ace incapable of running his studio, Avis takes control and keeps it afloat, but not without risking its entire future. In greenlighting Meg’s production, Avis gambles the studio’s survival, her reputation, and her financial well-being. Yearning for autonomy from her husband, the power afforded to Avis at the studio brought her character to its apex, and pulled Avis from her emptiness and gave her life purpose.

Though initially indistinct, it becomes apparent about midway through the series that it is a criticism of old Hollywood, presenting an idealistic could-have-been for the movie industry, which regrettably remained majorly exclusive of black, Asian and openly queer voices until decades after Hollywood is set.

However, even an idealistic La-La-Land is still tainted with the corrupted nature of the pursuit of stardom. The young aspirants intemperately accepted infidelity, violence, and immorality as an unavoidable part of the journey to achieve their goals, with sexual abuse being the chief manipulation many young hopefuls suffered at the hands of industry higher-ups. Whether by agents, hedonistic producers, or gas station owners, it seemed there was not an inch of the city that didn’t see some form of exploitation.

The issue with Hollywood stems from the fact that in only seven episodes—that average at fifty minutes each—Murphy attempts to tackle too much. Between the focus on racial inequality, homosexual shame, female struggle, and sexual impropriety, it’s hard to know where to look, and dilutes the message of the series.

Despite its few shortcomings, Hollywood, on the whole, is entertaining, with a picture of the world that is easy to become engrossed in and a rewarding epilogue that made all the heartbreak of the series worth it. Its idealistic rewrite of classic Hollywood is lovably challenging, offers the best and the worst of the mid-century movie making scene, and will leave you wondering “what if?”