The impact of Langley’s Romeo and Juliet 2020 Theatrical Production 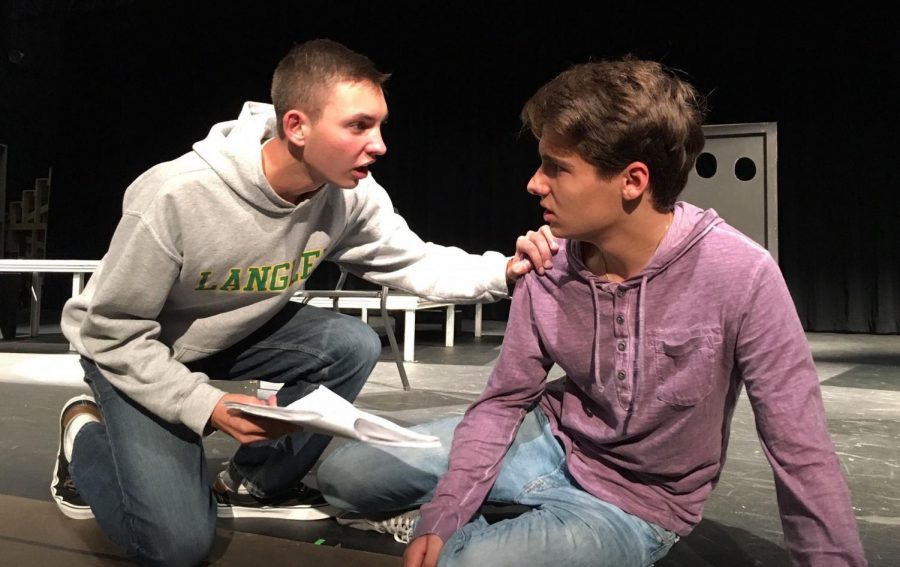 Senior Peter Fox and junior Cole Sitilides perform lines during the winter production of Romeo and Juliet. The political twist on an old Shakespearean classic produced commentary on the current climate of policy many Saxons related to (Photo by Shakeel).

For the first time, Saxon Stage presented William Shakespeare’s tragic play, Romeo and Juliet– with a political twist. Unlike its 2012 predecessor, the fall 2019 production, directed by Valerie Karasek, included a simple set showcasing a 21st century “Verona.” With its modern storyline and Shakespearean language, students and teachers alike were drawn to the show.

“This version of the play showed that the narrative of Romeo and Juliet is truly timeless,” FCPS School Board representative Ryan McElveen said. “The cast and crew did an impressive job bringing the storyline into the modern-day through the sets, music, costuming, and acting.”

McElveen attended the show on Saturday evening as did English teacher Vivian Jewell, who had been anticipating the production.

“I have lived with [Romeo and Juliet] for decades, and so my initial reaction was it will never be as good on stage as it was in my mind. And so I was delightfully surprised,” Jewell said. “[The show] was brilliant, it was open, it did what it needed to do”

The positivity is shared among the cast and crew as well. Although many of the actors had not performed Shakespeare prior to the show, they agreed that the challenge contributed to a wonderful theatrical experience.

“I definitely have increased my appreciation and knowledge for Shakespeare,” junior Hannah Toronto (Lady Capulet) said. “Everything from the meter of the verse and vocabulary went into detailing how each character felt in such high stakes.”

The political relevance of the show encouraged audience members to view party polarization from a different standpoint. As the upcoming 2020 presidential election nears, overcoming bias and listening to both sides will be crucial in order to reach common ground.

“Political polarization today is such a critical threat to the functioning of our democratic society,” McElveen said. “I’m so proud of Saxon Stage for shedding light on the issue.”