The Martian directed by Ridley Scott depicts astronaut Mark Watney(Matt Damon) as he struggles to survive the barren, inhabitable planet of Mars after his space crew was forced to abandon him during a storm. The movie goes from Watney trying to figure out a way to survive on mars, to attempting to communicate with NASA, to the attempted rescue of Watney and the movie never skips a beat; everything happens with excellent pacing. From the very beginning, The Martian drew me in with a very charismatic cast, and never let go as Watney experiences the pain, loneliness, and triumph as his venture in Mars progresses. Despite how it may sound, The Martian is actually a very funny movie that while never overdoing it manages to incorporate well needed breaks of tension in otherwise serious source material. Damon did an excellent job portraying an extremely charismatic astronaut that against all odds, and expectations, was the funniest character in the movie. In that is the main difference from what someone would expect from a movie like this. Rather than focusing on the bleak, psychological aspects of total isolation, the movie focused on Watney’s unique ability to find humor and hope in even the darkest of situations. Other than Watney however, most of the supporting cast were very shallow, going only surface level in characterization. Donald Glover, for instance was a cutting edge, college age physicist, who actually made a breakthrough discovery in the movie, but was shown in only nearly four scenes, and who never said anything that related in the slightest about himself, his motivations or anything personal. With everything said however, The Martian is a great film that tells an intriguing tale, and in an industry filled with overdone effects, and contemptuous stories, serves a great reminder of how good simple story telling and excellent character work can be. 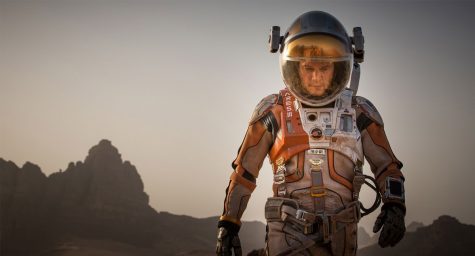